I write in jest as I return from a social gathering at a bar. It wasn't something I had planned, or even known about until ten minutes before arriving, but I decided crashing it was the thing to do. I had already tasted the flavour of crashing business meetings, so this was the next thing on the menu. I am particularly proud of successfully assuming at which bar was the socializing in question, because that info hadn't reached me. After an unsophisticated arrival, I settled in, listened and engaged as much as I currently know how to in groups.

Being asked about what is it that I do, by the only unfamiliar person, got me to talk the most. Although it's such a tired question, it's one that I can go on about to persons who understand what my interests are about. In this context, it was also to check whether discussions about performance and contemporary dance were something within my realm, which is a level of care from a stranger that I appreciated.

A friend had a new coat. Something of a raincoat. A shade of blue, with a white fuzzy inner part. This morning I had been talking with another friend about fashion and clothing and about hiding behind clothes or finding the whole notion of clothes as communication as scary.

The concept of 'realness' within drag culture and the differences between USA and Balkan drag culture. My mind wanders to one of my pieces, Sve i ona, a performance in which, in some versions of it, I am sporting fake hair that could be understood as drag. Exaggeration as realness and my beautiful characters within the piece which are definitely not real then (and they're probably fine with that).

There is a dance scene in Barcelona? And someone can tell me about it? I consider it a personal cliché that a part of me is still able to perk up when this place gets mentioned in a non-touristy way, but while I enjoyed it passing through my being, I am allowing it to continue its journey outside of me.

If I snap a photo during the gathering, what are the assumptions about who am I sending that photo to? Or what I'll use it for? If I look at my phone and write something down, am I texting, documenting thoughts, composing Mastodon toots that I won't send or just bored? No one will ever know. Dun dun. 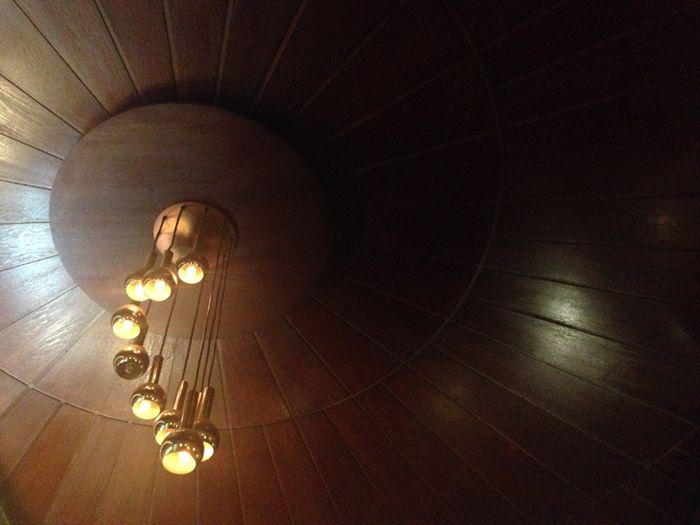 guess the bar? i certainly wouldn't be able to since this is the first time i've noticed the decor

I went home in order to write this post before midnight. I had gotten to make two cakes and eat one of them, while the other one is displayed for the readers' consumption – you. And while the cosmically timed episode of Parks and Recreation that had been playing in the background today warns me I should whole-ass one thing instead, I'm glad to have been able to do both tonight.